How to get up when you’re a night owl 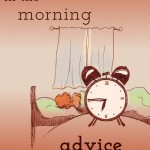 Starting your day might be the most important thing. How you do it and how you feel when you do it sets the tone for your whole day. But how do you get up when you are naturally a night person and it’s just the hardest thing to you? Here is some advice on getting up from your residential night owl. 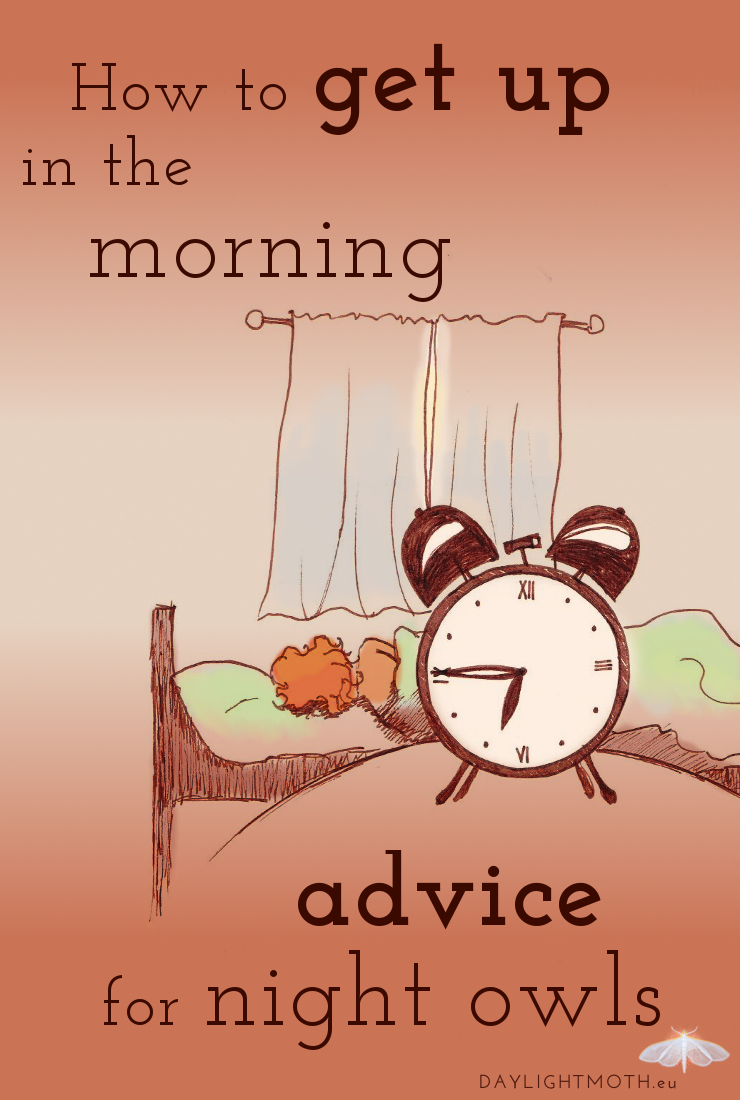 My story on getting up

For as long as I can remember I went to bed very late – far later than my peers would – and I had trouble getting up in the morning. After 25 years of struggling with slept in alarm clocks, rushed mornings and half slept through weekends I decided to get a grip at my sleep-wake-rhythm. I wanted to make early rising a consistent habit. But I never really managed to maintain these ambitious goals for very long.

It was very hard for me to set a steady rhythm I could maintain throughout weekdays, weekends and holidays. Admittedly, I’m probably a very difficult case of night owl. I could be very happy rising at 5-6 p.m. and going to bed in the early morning, but that’s just not very socially compatible – and there’s something about starting your day with the first rays of light that nothing else can give me.

It’s the magic of starting your day on a silent soft morning with a whole day laid out for you. To me it feels a little bit like the first scene from the 2005 Pride & Prejudice film: Calm but full of anticipation for all the exciting things life has to offer. That’s what I wanted and why I kept trying even though I had failed so often.

After two years of trial and error and not giving up, I have finally established a steady routine of getting up and going to bed at the same times every day. So, this is my little series on getting up for all night owls who struggle with early rising just like I did (and sometimes still do). May it help. J

Part 1 – Getting up with a little help from science

To understand what getting up involves and why I was so bad at it I did some research about healthy sleeping patterns and morning rituals. This is a little synopsis of what I found most important.

It’s just that simple: If you want to get up early you have to go to bed early, too. Yes, I know you don’t want to. Yes, I know it feels unnatural. But if you don’t do it you will never feel refreshed in the morning. Maybe this is already the most important tip and you can just skip all the rest if you just go to bed in time. For me it certainly was important to understand and accept this fact.

Getting enough sleep is something you do for yourself. Be kind to your body – most importantly be fair. Continuously denying your body rest is asking for too much. Also, continuous sleep deprivation makes you look old and wrinkled earlier than you should. No one want’s that.

For me it is really hard to go to bed on time. I’m often very creative during the last hours of the day. It’s hard for me to stop myself from doing “just that one more thing” because I feel that I should have done it on that day. But how to end the day will be a topic for another post later in this series. (So, stay tuned!)

2. Same procedure as every day

It helps to set the alarm to the same time every day – even on days off. At least that’s what science says. Humans are animals of habit, so it’s quite obvious that your body won’t like inconsistent sleeping patterns.

I was never able to pull off consistent rhythms although I’ve tried several times. Over the last two years I’ve become a little steadier and I’ve noticed that I’m now falling asleep a lot easier than before. So, there will be some success even if you’ve still got some way to go. It’s only now (since Januray 2016) that I managed to keep a nearly perfect rhythm.

So, don’t give up! Even when you might not manage it at your first try. I had to try about eight times. And every time I got better and kept the new habit for longer. And every time it was a little easier.

What I can already tell you is, that your body will already start to adjust to a certain rhythm within one week (ok, mine does, I don’t know about yours). To really form a habit however will take about two months. At least that’s what scientists say. Maybe it’ll take three and a half years. That’s what I say.

Don’t snooze. Never. You will get used to not getting up when your alarm rings and it will make you feel bad. Hitting snooze is like starting your day with a lost battle. Don’t do that to yourself.

There’s still some debate in science whether snoozing is the devil or just annoying but actually not that big of a deal. It’s likely that your body will start a new sleeping cycle with every snooze session and you will feel even more tired when you’re woken the next time. But let the details be explained by one of my favourite YouTube shows: the phenomenal Mental Floss:

So, maybe it’s not even that bad for your sleep quality, but it’s definitely bad for your motivation. I practiced the snooze habit excessively when I was younger and it made waking up an awful ordeal on top of me constantly being late. Today I avoid snoozing and I can tell now that getting up with or without snoozing is equally as hard – but without snoozing is earlier, so that’s a plus.

Pro tip for those people who turn off the alarm and sleep on without even knowing what they’re doing because they cannot think straight when they’re woken: You clearly did not sleep enough. Go to bed earlier!

4. Know why you want to get up

Why do you want to get up early? This might seem obvious, but try to describe it as clearly as possible. Write it down. Think about it.  Be honest. Today every blog post or YouTube video on productivity tells you to get up early. But this is about your very personal reason. Make it about you. Formulate a concrete goal – even if it’s a small one. A reason could be: I want to feel ahead of time. Or: I want to have a stress-free morning and enjoy a big cup of black tea on my sofa.

My goal is to rise early because I want to write in the morning while the sun rises. I want to start my day with half an hour to myself and a blank sheet of paper in my notebook.

I think you should start the day with something that you really like. Indulge yourself. It could be the one time of the day that belongs all to you. It could be your moment of silence and contemplation. It could be wonderful.

But it could also be a very mundane reason. I started with: I want to get up early enough to manage my morning routine and have time to walk to my train in fabulous high heels (instead of running in flat shoes).

Next time: How to face the struggle

So much for the theory. Next week I will share some of my practical tips that have made waking up better for me. Hope to see you there. Until then I’m really curious: Are you a night person or an early riser? And how have you managed your mornings so far?

Google+
This entry was posted in Motivation and tagged Fabulous Life, Getting up for night owls series. Bookmark the permalink.
Click here to cancel reply.

… will be about my newest
sewing project!